After the earthquake, a unified approach to conservation and restoration in Bagan 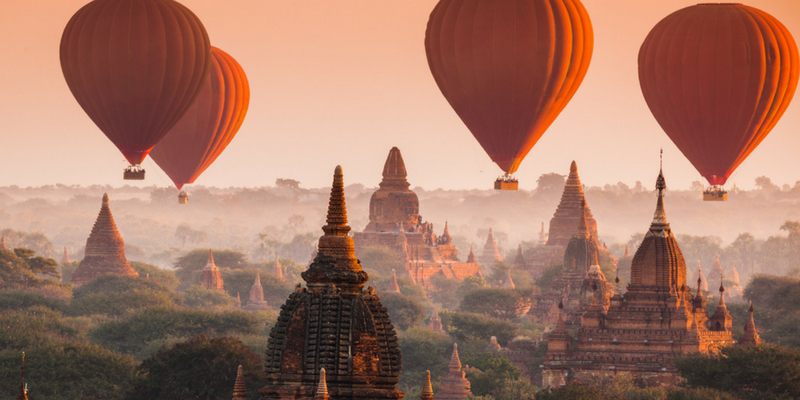 After the earthquake, a unified approach to conservation and restoration in Bagan

When the 6.8 magnitude earthquake struck the Bagan Archaeological Area and Monuments site in August, 2016, the response on the ground was immediate and personal.

Donations flowed in from members of the public, people with no background in heritage conservation or related disciplines joined trained professionals who bussed themselves to the site. Their only desire was to help preserve this precious heritage, which has recently been nominated for inclusion on UNESCO’s World Heritage list. UNESCO, the World Bank, ICCROM, CyArk, SEAMEO-SPAFA and other agencies have contributed expertise and resources, while countries including India, China, Germany, Italy, Japan and the Republic of Korea have also assisted in post-earthquake efforts.

Conservation expert Dr Predrag Gavrilovic joined renowned French conservation expert Pierre Pichard and others in a UNESCO-led restoration effort in Bagan following a 1975 earthquake that was almost as powerful as the 2016 disaster.

Returning to Bagan four decades later, he is concerned that history might repeat itself in more ways than one – that lessons on the need for smooth coordination and adherence to high conservation and restoration standards might be lost despite the best intentions of all parties.

“With all the actors in Yangon now, what could happen is that each one might focus on one monument and do what they want. They should be working instead in a more coordinated manner,” said Gavrilovic, Professor Emeritus with the Institute of Earthquake Engineering and Engineering Seismology in Macedonia.

National authorities share this concern. At a recent Technical Coordination Forum on Bagan, Minister for Religious Affairs and Culture Thura U Aung Ko said he supported the establishment of an international coordinating committee for activities in Bagan, which would meet twice annually with Myanmar chairing, as well as a national coordinating committee to streamline work among stakeholders within the country.

National and international organisations would also be required to issue regular reports on a monthly and annual basis.

A three-year US$750,000 project that has just been completed by UNESCO and the National Federation of UNESCO Associations in Japan, as well as collaboration with other international donors, has resulted in several sets of guidelines that could be used as a baseline to ensure optimal standards are upheld in restoring and conserving this heritage.

Aung Ko said that a team would be established to undertake a pilot project to implement a restoration plan for Ananda-ok-Kyaung, a sanctuary that is home to some of Bagan’s most celebrated murals, and which was heavily damaged in the earthquake.

The UNESCO-initiated and supported plan will be implemented by Myanmar using funds donated in-country following the earthquake, providing an opportunity to demonstrate international conservation standards and training Department of Archaeology staff and affiliated professionals in-country.

The ministry will also create a seismic hazard micro-zoning map for Bagan to ensure that the country is better prepared for future events, an initiative of Dr Aung Kyaw Myat, former Deputy Minister for Science and Technology, and current chair of the standing Technical Expert Team on Bagan.

This is one of the recommended actions from a disaster risk management plan drafted by the World Bank that provides a conceptual framework for protecting the site from potential natural and man-made disasters.

Concerns about not repeating past mistakes also extend to the types of interventions that were undertaken after the UNESCO-led project from 1982-1992 was completed.

An assessment carried out by UNESCO, World Bank and partners illustrated the impact of some of these interventions. It found that the vast majority of monuments that suffered severe damage in the 2016 earthquake were those that had been partially reconstructed. In many cases, additions made on top of existing structures collapsed on top of older portions of monuments.

The new guidelines and better coordination could help “develop appropriate methods and determine how we can use new technology and new materials,” Gavrilovic said. “Our efforts should focus on minimal intervention and maximum protection.”

To ensure the long-term sustainability of conservation efforts in Bagan, Aung Ko said an institute for post-graduate training on conservation, including mural conservation (a key concern in Bagan) would be established under the Department of Archaeology.

The department has also committed to continued training for its civil engineering and conservation professionals. Its Bagan Branch Office is also set to grow from 300 to 400 to eventually 500 staff as part of these efforts.

The Bagan site holds more than archaeological interest; it is “living heritage”, a place of pilgrimage for millions of Buddhists, adding a layer of complexity to restoration efforts.

The Sulamani Temple is a case in point. The temple’s main spire collapsed during the earthquake and locals wanted it to be immediately rebuilt, noting the religious importance of doing so. Conservation professionals urged caution, saying that unless this was carefully done, the spire could collapse again, posing a serious danger to visitors.

Pichard suggested that spires could be carefully rebuilt at temples that are in active use, but not on historic monuments no longer in use.

Navigating these issues requires mutual respect and an open dialogue among all stakeholders, including in addressing concerns around what World Heritage status might mean for Bagan.

With the World Heritage Committee set to decide on Bagan’s nomination next year, concerns have been raised about whether the site would be able to accommodate a projected increase in tourism associated with the status, and whether this influx would damage the site.

To address these concerns, consultations between local stakeholders and World Heritage experts were held throughout the term of the UNESCO project on topics including sustainable agriculture, environmental management, tourism planning and local community heritage.

These discussions are reflected in Bagan’s nomination file for World Heritage status, and in particular the management plan for the site, which emphasises long-term sustainability and how the benefits of tourism can extend to those who call Bagan home. Heritage authorities have, for example, proposed increasing the portion of revenue from tourists’ tickets to directly support conservation at the site.

From his perspective informed by decades spent working in this region, Gavrilovic believes that World Heritage status would help, not hinder, efforts to conserve Bagan and to share this outstanding universal heritage with the world.

“For a long time, Myanmar was closed,” he said, “I think we should try to improve conservation at this site and showcase this as one of the most distinguished sites in this part of the world.”