Abuse of junior students an incubator of hatred 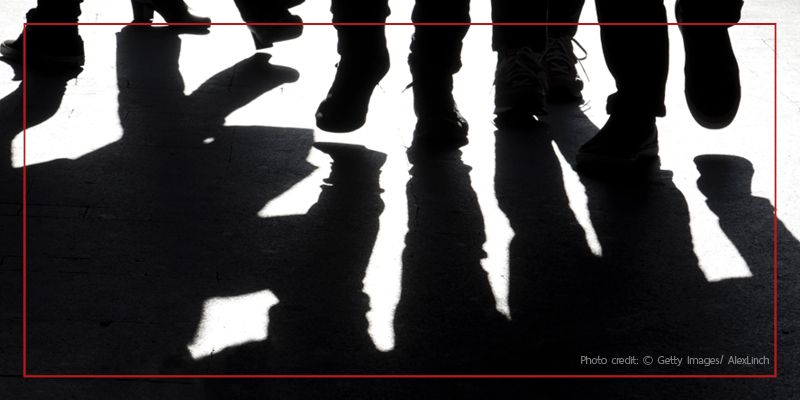 Abuse of junior students an incubator of hatred

This picture posted on the Anti-Sotus Facebook page shows an initiation activity held early this month at the Mechanical and Aerospace Engineering Department at King Mongkut’s University of Technology North Bangkok. The photos are shocking. The first shows young men in their underwear lying on the beach; in the second, one man is apparently licking ketchup from another’s chest. A third shows men lining up in two rows seemingly simulating sex.

The images were posted on the Anti-Sotus Facebook page, which stands against the creed of Seniority, Order, Tradition, Unity and Spirit that is supposedly meant to encourage student bonding in universities. According to the page, the leaked photos came from an initiation activity held earlier this month for first-year students from the Mechanical and Aerospace Engineering Department at King Mongkut’s University of Technology North Bangkok.

The issue has gone viral on social media, been reported on by news agencies and sparked public outrage. The Anti-Sotus page itself issued a statement with a set of demands, including an investigation into the matter. The department was quick to respond with its own statement, saying it was not aware of the “privately held” activity and an investigation was under way.

This is not the first time such initiation activities, called rub nong in Thai, roughly translating to “welcome the youngsters”, have caused widespread public anger. The problem has long been present in Thai society, with social media allowing anecdotes and photographic evidence to be easily shared and amplifying the public’s awareness. The online world also serves as a forum for public discussion and outrage.

Just a few internet searches generate a long list of initiation rituals involving unhygienic activities, humiliation, harassment and physical abuse in many forms of dehumanising bullying. Some include students being forced to pass sweets mouth-to-mouth, kiss the ground and eat a mixture of food intended to look like faeces. Other reports detail verbal abuse, physical violence and sexual harassment. Male students are at risk of more violent activities and, alarmingly, some of the rituals can also be found in high schools.

Younger students have no choice. Failure or refusal to participate can lead to negative consequences such as being ignored or ostracised by peers and upper-level students. While education institutions generally have policies against violent and degrading rituals, such practices continue in disguise or in secret. When a whistle-blower leaks evidence of abuse to the public, a witch-hunt often ensues. Ironically, but unsurprisingly, the cycle is perpetuated as some first-year students are willing or pressured to continue the legacy of power relations established by terror when they become sophomores.

Initiation activities supposedly help students bond with each other, but that unity is achieved at a price. Initiations involving violence and bullying in higher education are not unique to Thailand and affect victims in many ways, including lifelong psychological trauma or, in extreme cases, fatalities. In one high-profile case in 2014, a 16-year-student died during a hazing incident at a beach in Prachuap Kiri Khan; another 19-year-old ended up in critical care after nearly drowning in Chon Buri in 2016.

UNESCO’s 2017 Global Status Report on School Violence and Bullying is extremely relevant to this social ill, detailing the impacts of violence and bullying. For educational outcomes, the consequences include missing classes, poor academic performance and dropping out. Regarding mental and emotional health, victims are more likely to experience interpersonal difficulties, be depressed, have low self-esteem and attempt suicide. Unsafe learning environments create a climate of fear and insecurity with the perception that the well-being of students is not important. The quality of education is drastically compromised.

What are the solutions? The report suggests several responses to handle this kind of problem. Develop and enforce laws and policies that protect learners from violence and bullying. Create safe and inclusive learning environments. Train teaching staff members to use curricula approaches that prevent violence and to respond appropriately to incidents. Raise awareness of the negative impact of violence and bullying. Provide confidential reporting mechanisms and counselling. Implement data collection and monitoring. The list goes on.

In Thailand, however, these degrading rub nong rituals have been caught in a vicious cycle. When there is news of this kind of abuse, people fly into a rage. Education institutions respond by implementing regulatory measures. However, when the fire dies down, everyone forgets. Regulations are relaxed, and as nasty or even nastier behaviour reappears. The cycle has been running in circles for decades. How can we put an end to it?

The latest scandal is once again an opportunity for society to join hands and pledge that this abusive initiation culture must end. Education institutes and faculty members are obliged to set a precedent showing that violent rituals cannot be accepted, not just blithely dismiss such incidents as benighted students fooling around. These students will eventually graduate from the education system and contribute to society — are these the values and behaviours that we want to be empowered in our society?

Parents and the public also must not tolerate abusive activities and can take action by pressuring schools and universities to take action and create safe learning spaces for all. Social media can be a platform to advocate for a culture of more supportive initiations and to campaign against violence and bullying.

Students play an important role. First-year students should assertively stand up for themselves to protect their welfare and dignity, but they must have better support. Importantly, upper-level students have to take responsibility for their actions. There is no reason that rub nong rituals have to focus on degradation and sadism.

This problem is not new. Constructive solutions are not unimaginable. Let’s put in more effort to ensure that education institutes truly serve as incubators of integrity and peace.

This article was originally published in The Bangkok Post