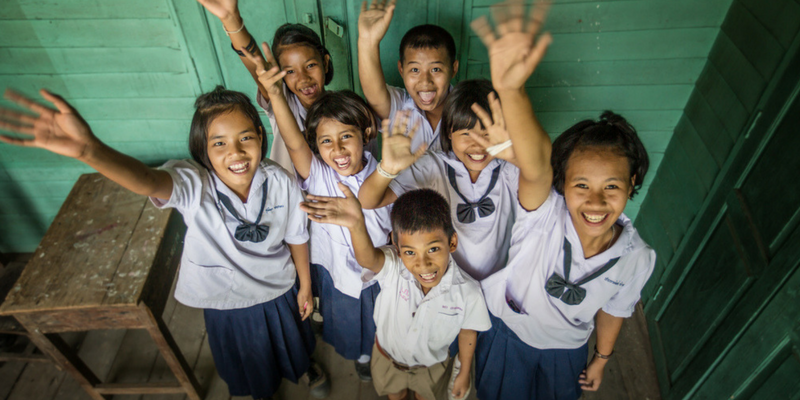 According to UNESCO’s 2017/8 Global Education Monitoring (GEM) Report, there remain substantial challenges to the quality of education in Thailand:

Positively, Thailand has the justiciable right to education, meaning that citizens can take the issue to court if that right is violated – something only 55% of countries can say.

The accountability of education needs to be improved:

Thailand has an accountability system based on test scores, yet learning outcomes have not improved from 2003-2015.

The government would also benefit from developing credible and efficient regulations as well as monitoring mechanisms and adhering to follow-up sanctions when standards are not met. There are no regulations on the maximum number of pupils per teacher in either primary or secondary education. There are also no regulations on health and safety at all in public, with regulations only for private schools on access to water supply and separate toilets for boys and girls. Most likely as a result, only 45% of schools have basic sanitation facilities.

There are data challenges in Thailand: In Thailand, the National Institute of Educational Testing Service (NIETS) has administered the Ordinary National Educational Test (O-NET) at primary grade 6 (P6) and secondary grades 9 (M3) and 12 (M6) since 2005. The number of subjects was reduced from eight to five in 2016. The data is used by local education authorities to compare individual schools against district or national averages. They are also used by the inspection service. However, there are no common student performance standards, and the main role of O-NET is to certify education level completion. O-NET scores fluctuate between years, which means they cannot be used to assess whether the system meets curricular expectations. A review indicated capacity gaps in test development and analysis at NIETS. Similar concerns were also raised about central and local education administrators’ capacity to interpret results.