20 Years of MOWCAP - Memory of the World: Documentary Heritage on the Asia-Pacific Register | UNESCO Bangkok Skip to main content

20 Years of MOWCAP - Memory of the World: Documentary Heritage on the Asia-Pacific Register 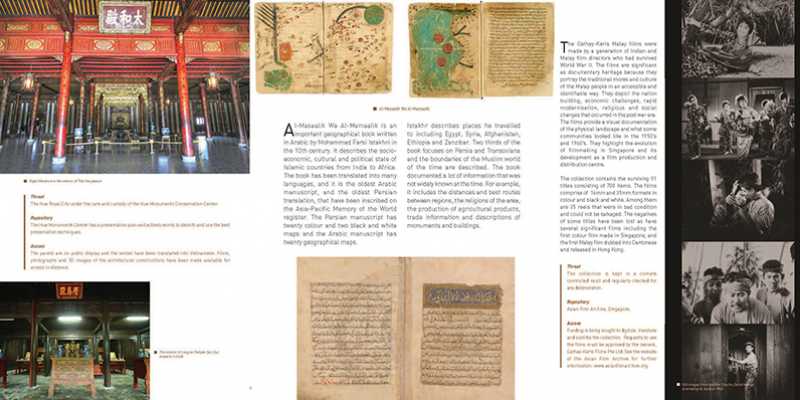 20 Years of MOWCAP - Memory of the World: Documentary Heritage on the Asia-Pacific Register

The Asia-Pacific region is home to rich and diverse documentary heritage reflecting the cultures, histories, traditions and values of its nations. Taking various forms – from manuscripts and woodblocks, to photographs, stone inscriptions, sound recordings and films – this heritage is crucial to understanding the present. It is also a source of inspiration, creativity and learning for future generations.

This publication celebrates the 20th anniversary of the Memory of the World Committee for Asia and the Pacific (MOWCAP), highlighting the documentary heritage on the Regional Asia-Pacific Register from its creation in 1998 to 2016. It aims at raising public awareness of the existence and significance of documentary heritage in the region as well as our challenges for preserving and providing access to it in the context of the implementation of the Recommendation concerning the preservation of, and access to, documentary heritage including in digital form (2015).

The documents included in this publication capture pivotal moments in the history of this region – from the archives of colonial administration to the archives of countries’ independence, records pertaining to human rights and advancement of scientific knowledge. Multiple waves of migration and cross-border cultural influences that define this diverse region are also captured in this publication through correspondence, photographs and books.